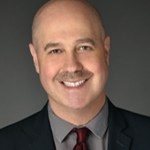 Steve Rothstein, Ph.D. is active as a composer and music instructor in the Los Angeles area. He received his Ph.D. in Music Composition from the University of California, Los Angeles (2006). Mr. Rothstein has written numerous works for orchestra, chamber ensembles, wind ensemble, choral groups, as well as art songs. His works have been performed by The American Youth Symphony, the UCLA Philharmonic, the UC Irvine Symphony, the Redlands Symphony, and the New York Master Chorale. In 2008 his oratorio Hymn of Light received its international premiere in China.

Interest in Judaic music led Dr. Rothstein to study at the Brandeis-Bardin Collegiate Institute (1996), and then onto a one-year study program at the World Union of Jewish Students (WUJS) program in Arad, Israel (2000-1). Dedicated to promoting Jewish culture through music, Mr. Rothstein has devoted the majority of his choral music to Hebrew texts.  His work includes settings for Psalm 27, Psalm 121, numerous Hanukkah pieces, and art songs based on a variety of Hebrew poetry.

In preparation for his commission from the Judaic Sacred Music Foundation (Symphony No.1: JUDAICA (Days of Awe), Dr. Rothstein spent considerable time researching the various liturgical melodies and motives used throughout the High Holy Day services and has incorporated them extensively throughout the entire work in order to create a rich tapestry of musical expression based solely on this unique musical liturgy. 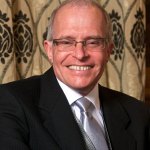 Jerry is a resourceful, energetic, hands-on development professional with over 20 years of fundraising, administrative, management, and marketing expertise with Israeli and Jewish nonprofit organizations.

He received his Bachelor of Arts degree in Communications and Journalism from the University of Northern Colorado and his Master of Business Administration from the American Jewish University.

He has worked to support the efforts of Adat Shalom Congregation, University Synagogue, ELIYA-USA: Israel Association for the Advancement of Blind and Visually Impaired Children, ARZA: Association of Reform Zionists of America, Adat Ari El, the Mitzvah Foundation, the American Israel Gap Year Association, Association of Jewish Libraries, and other organizations.