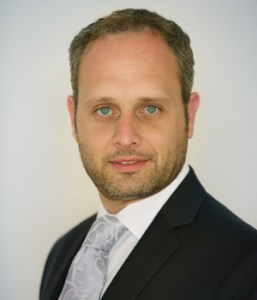 Rabbi Arik Wollheim, born and raised in Israel, has served as Chazan of Beth Jacob Congregation in Beverly Hills, CA since February 2013. In addition to leading Shabbat and holidays services, Arik directs a volunteers’ choir, is involved in various capacities with teaching both adults and youth,  and is fully immersed in his pastoral duties such as attending to those in need or cultivating new membership.

After graduating from Yeshivah Yavneh, he then became the head soloist of the Israeli Military Choir. Arik holds both Bachelor’s (Brooklyn College) as well as Master’s (SUNY Purchase) degrees in Music & Opera studies. Despite his age, Arik has already performed in a variety of over 30 roles both in opera and concert works. In recent years Arik has been performing extensively at concerts of Cantorial, Jewish and Israeli music throughout the world.

His accomplishments include winning the famous Hassidic Song Festival in Israel, being a scholarship recipient of the American-Israel Cultural Foundation, winning the Sharet Competition and being selected a member of the International Vocal Arts Institute conducted by the Metropolitan Opera House in New York City. In 2004 he released his solo CD, “Return to Zion”, a collection of Cantorial works accompanied by a full Symphony Orchestra.

First imbued with the love and foundations for the cantorial art by his father, Arik advanced his studies with the legendary cantor Itzhak Eshel. Arik has been teaching B’nai Mitzvah for 25 years, and has created and led adult and youth choruses both in Israel and the US. He has led inspiring Shabbat and holiday services at approximately 100 synagogues in four continents and has become known for his rich voice and unique approach and style of Davening.

In 2001 Arik took his first position as a full time Chazzan of Congregation Agudath Sholom in Stamford, Connecticut where he stayed 12 years. In December 2008 Arik returned to Israel commuting to Connecticut every month while studying at Hebrew University of Jerusalem for a PhD, conducting research on contemporary chazzanut as a case study in ethnomusicology. In addition, Arik served as a faculty member at the Jerusalem Cantorial School.

Arik and his wife Tehilah have two daughters: Yehudit and Emmanuelle.